The future of project settlement

Project Settlement: Planet X is a survival adventure game where you play an intrepid adventurer who has boldly volunteered for an unprecedented human colonization of an alien planet in a distant galaxy. You must manage your resources carefully and struggle to make the best of the new, vastly unexplored, terrain you will encounter.

We intend for the game to include several gameplay elements common in many other popular games in similar genres. Our game concept includes combat, harvesting/crafting, city-building, farming, and resource management at it's core. Our stretch goals include other possible game elements, such as social/multiplayer interaction, economy, and NPC player interaction,

We are not yet able to make any official announcements, but what we can say is that some of the members of the original progressive game jam team, (team Space Monkeys,) wish to transition Project Settlement to a legal business entity of some sort, and continue its development into a fully published game. Although we can't give any more details while we work this out, we will make the announcement as soon as we are able to. 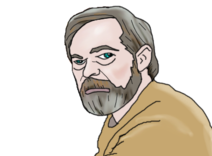 Team Space Monkeys was one of the original 3 teams that started IGDA Sacramento's inaugural progressive game jam in the Summer of 2014. Our team was comprised of several different people at various times throughout the year-long event. Two people, in particular, had attended every session and represent the only two remaining founders of the project that are still active, (we started with 7 original members.) Nathan Allshouse, who originated the concept of Project Settlement: Planet X and is the main game programmer, and Angel Perez, who is the main artist.

Josh Zamora was an original member of one of the other 3 progressive game jam teams, but helped the Space Monkeys team by providing sound engineering, included effects and background ambients sounds. You can see more of his work here: www.composerjzamora.com

Mike Wenk was a late addition to the progressive game jam team, but we sure appreciated his help and expertise as we worked our way up to the Sacramento Indie Arcade event. Mike helped with the programming.